Back to all posts

The many talents of Empire

I thought I’d open this post with a pretty striking photo of Empire’s guitarists Ben (centre) and Dan (right) diving headfirst into a majestic world of acoustic ukelele magic, suitably dressed as Wayne Campbell and Garth Elgar from “Wayne’s World”. This photo was taken at our singer Laura’s 21st birthday party, a back garden festival eponymously titled “Laurastock”, and clearly displays three gentlemen at the peak of their creative aptitude (the guitarist on the left is the highly talented Dan Johnston. He is also Laura’s brother). 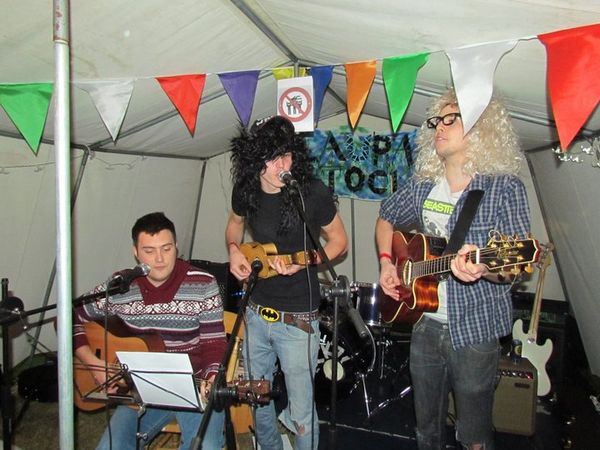 The re-emergence of this particular photograph coincides with the discovery on the spellbinding platform that is the internet of a music book entitled “Black Sabbath’s greatest hits transcribed for Ukulele”, which got us thinking about the services we can provide along with the evening entertainment. All five of us in Empire have years of experience working on different musical projects that give us a broad range of options for that little extra something at your event. We can rustle up some background Jazz for your guests while the canapés are being handed out and your photographs are being taken, or prepare an acoustic set to receive your guests as they arrive; if you have an idea for something that you want, get in touch with us and we’ll see what we can handle! 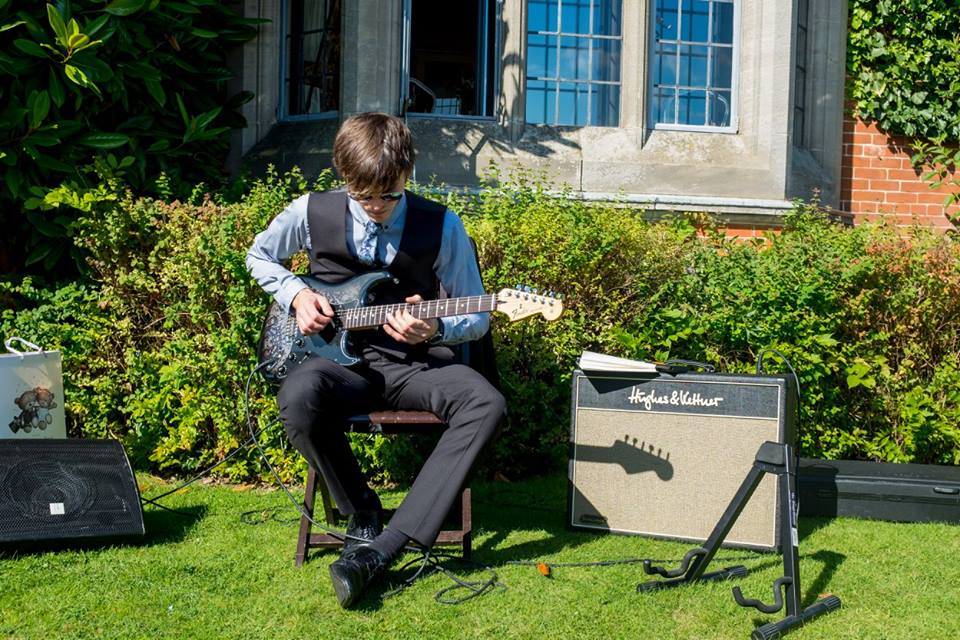 Just so you know, we can cater for any song requests you want for us a to play as part of our DJ set or between our full band sets as long as you give us an idea of what you want when you make your booking. We like it when you talk to us, so that we can ensure every event is as individual and memorable as it should be.

We should also mention that the Wayne’s World costumes and Sabbath’s back catalogue on tiny Hawaiian guitars are of course an option, should that be the kind of thing that you need.